TIM having the vision of "to render the change is to design the future” acts to insure the coordination between the public and private sector organizations and exporters and decision-makers.
TIM working with the objective of being a solution center for the export issues establishes policies towards the development of the export in addition to representation duty. 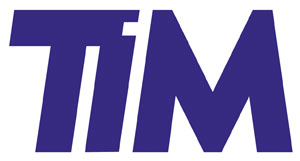 The primary reason of existence of TIM is to determine the issues related to the export, conduct improvement studies, and to insure the transfer of the problems of the exporters to the highest competent authorities.

TIM attempts considerably to negotiate with the upper management authorities from the international fairs in order to expand the export vision. The renovations and developments related to the world markets are followed closely; strategies are developed to insure the effective involvement of Turkish companies in international studies; and coordination is provided.

In this framework, a considerable part of the studies is towards he academic activities conducted with the universities and export sectors, the prepared reports are shared with the business sphere.

The Board of Directors of TIM conducts studies related to the improvement of exports, prepares reports, and gives opinions and advices.

TIM represents all exporters in all levels through the most democratic elections. It establishes and operates the required mechanisms for the involvement of the members in the decision processes.
It provides contact and coordination between the exporters' associations and sectors.

The subjects including Informing the exporter firms of the developments in the foreign trade, statistics and reporting studies, organizing mutual exchange committees with various countries are included in the job definitions of the exporter associations.

It provides online service to the members of the exporter associations thanks to its strong technological infrastructure.

Producer cells in the countrywide

Managerial structure of the Associations

Exporter associations conduct studies in a wide framework from the protection of the rights of the exporter firms in legal sense through being explorer in the new market development efforts.

Defender of the exporter rights

TIM as the upper organization and the representative of the exporters is the pursuer of their rights in each area. Intensive lobby activity is conducted for the solution of the problems of the producer exporters in intellectual property and industrial ownership rights in the triangle of design, production and marketing triangle at international level. TIM conducts studies such as informing the decision-makers in domestic about the benefits of the exporters and making suggestions on the increase of the value added to the economy of the country.

Worldwide representative of the brand "Turkey”

It searches for solutions through negotiations with the authorities from the state presidency to commercial attaché in the subjects including the promotion of the Turkey which has become a brand itself through its strong production structure and sturdy steps in each area, development of new markets, and elimination of the problems experienced in the current markets.

Turkey as the 17th largest economy in the world aims at being among the Top 10 economies in the globe in 2023 as the 100th year of its foundation. Turkey plans, designs, and works for increasing exports to 500 billion US Dollar and foreign trade volume to 1 trillion dollar.

Turkey has established "2023 Turkey Export Strategy” according to this target. As the first step of the Project conducted in the sectoral dimensions, it is aimed to determine Turkey's export strategy till 2023 in macro level, adapting it for execution, and performance management. Strategy map and the framework of performance program are drawn as the output of the project through which the export vision is evaluated in three five-year periods.

We, as TIM, aim at being explorer through the data network established by us by promoting the innovation-based studies, for the exporter firms investing in design and R&D continuously.

Databank of the export records

According to the recorded figures of the exporter associations , the export of Turkey related to 27 sectors are analyzed monthly, yearly and comparatively under the main groups "agriculture”, "manufacturing” and "mining”. Annual export reports are prepared in the nature of the data source of Turkish exports.

The statistical progress in exports are followed immediately and publicized in electronic environment.

TIM prepares country reports based on economic, social and political analysis about the target markets in the basis of the foreign trade strategies of Turkey.

In addition, macroeconomic outlook reports are prepared monthly quarterly, and annually in order to monitor the macro economic developments such as foreign trade and inflation.

TIM Foreign Trade Consultancy Service provides information to exporter firms on foreign trade laws and the solutions of the disputes arisen from international trade and investments. It provides consultancy service in the areas including the collection of export values, logistics and transportation law, insurance laws, banking regulations, legal, administrative, ad financial aspects in the Foreign Trade Organization and the European Union Regulations.

In order to play trade in accordance with the applicable rules

TIM aims at providing information on the subjects which may be required by the exporters and increasing legal knowledge of the firms about export through the support of the legal firms as the solution partners of TIM as being the umbrella organization in exports defined as the locomotive for Turkish economy.
SHARE