Applications for the InovaTİM Innovation Competition organized by the Turkish Exporters Assembly (TİM) with the support of Turkish Machinery for university students have started. In the competition rewarded 300 thousand TL, students are expected to produce innovative projects in the main categories of "Nature Conservation", "Artificial Intelligence" and "Future Forecasting", "Sustainability". The deadline for applying for the competition is November 30, 2021.

TİM Will Be A Guarantee To Exporters

Turkish Exporters Assembly (TİM) and Eximbank established the Export Development Joint Stock Company (IGE, İhracatı Geliştirme Anonim Şirketi) to facilitate exporters' access to financing and contribute to the solution of credit bail problems. Thus, the Turkish exporter, which is the field workers of economy and trade diplomacy, will export without worrying about financing, knowing that they will be supported by a very large ecosystem. Commenting on the issue, TİM Chairman İsmail Gülle said, "In the pandemic process, we have made our country an important supply base in the world. Therefore, there has been a significant increase in the capacity utilization rate of our country. In the future, we need to meet the world supply. This will only be possible with new investments. The Export Development Joint Stock Company (IGE, İhracatı Geliştirme A.Ş.) we have established will provide financial support to exporter companies, especially SMEs, for the realization of new investments. Thanks to our company, which is established as a fund, our exporters will be able to access the credit directly with a system that will be formed with the bail of TİM without guarantee; will be able to use a huge volume of credit. Export Development JSC will be an important driving force for our $300 billion export target." 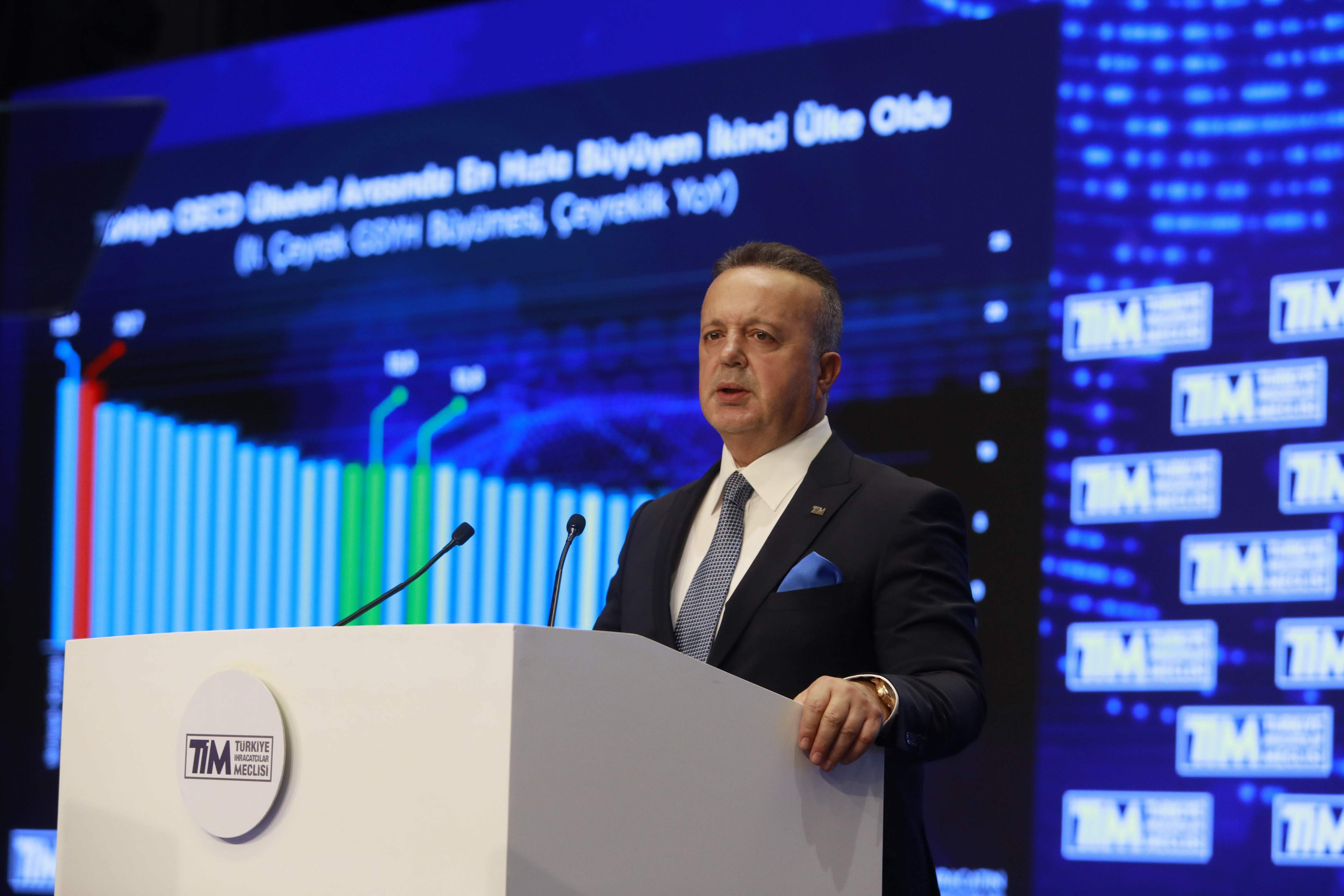 Turkish Textile, Ready-to-wear, and Jewelry Sectors Are On Four Continents

Türkiye Promotion Group (TTG), which operates within the Turkish Exporters Assembly (TİM) to increase the worldwide awareness of Turkish export products and sectors, has collaborated with BBC World News. As part of this collaboration, BBC World News has produced 3 documentary productions on Textile&Jewelry, Food&Agriculture, and Innovation&Technology. Türkiye's export products will be introduced through the films to the BBC's nearly 1 billion viewers on 4 continents. 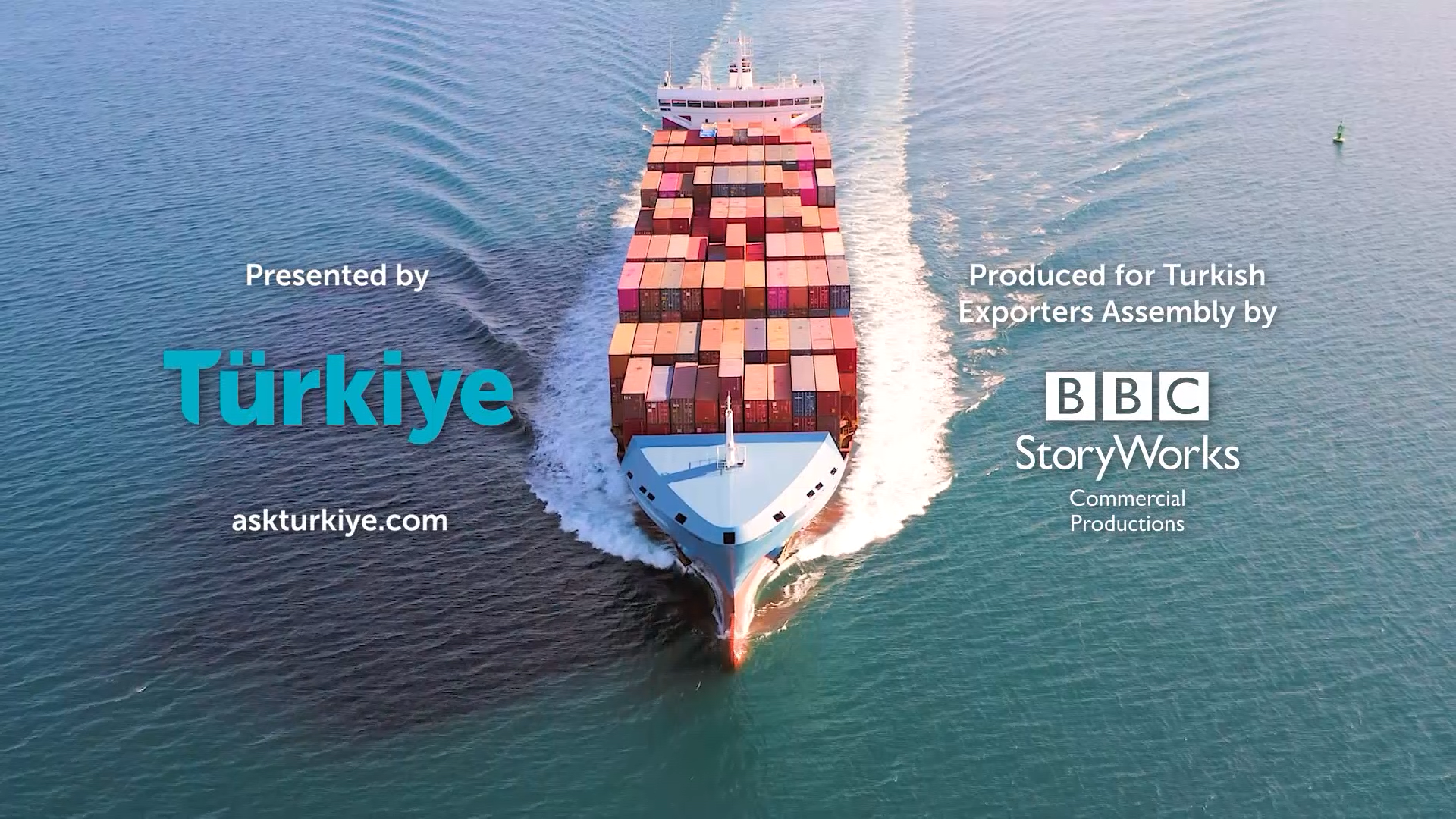 Annually TİM Delegates Meeting organized by the Turkish Exporters Assembly (TİM), the only umbrella organization of more than 100 thousand exporters that power Türkiye's economy, was held in Antalya. More than 600 exporters, including delegates representing TİM member exporters and TİM board members, attended the meeting, which was hosted by TİM Chairman İsmail Gülle. At the meeting, experts in their fields discussed the economy, 300 billion dollars export target, technology, global trade, developments in the world, health, and life for two days.

According to the September figures released by the Turkish Exporters Assembly (TİM), Türkiye has crossed a new historical threshold in export. The Turkish exporter, the field workers of economy and trade diplomacy of Türkiye, made history in September, exceeding $20 billion in a month for the first time. September export reached 20 billion 783 million dollars with an increase of 30 percent compared to the same month last year. This figure became also the highest monthly export figure in the history of the Republic. The Turkish exporter, who exported $161 billion with an increase of 36 percent in the first nine months of this year, with an export of $212.2 billion in the last 12 months, has achieved great success by exceeding its annual target of $211 billion.

While the Turkish exporters, the field workers of Türkiye's economy and trade diplomacy, raised their bar every month and set new records, Malatya has succeeded in exporting to 134 countries this year. Noting Malatya's strong performance in export, TİM Chairman İsmail Gülle said, "In the first eight months of 2021, our city's export amounted to $235.5 million, an increase of 32 percent compared to the same period last year. While our city exported to 134 countries this year, it performed very successfully, especially to the Middle East, Europe, and the USA. As expected, among the most exported products by Malatya, the capital of apricot, unprocessed dried apricot became first with $90 million. Our city, a global brand in apricot production and export, alone meets 70 percent of the global dried apricot supplies. Malatya is the 13th province that exports the furthest with an average export distance of 4 thousand 84 kilometers. This significant distance is up 15 percent from last year."

In the Global Innovation Index, which measures the innovation performance of countries around the world and in which 132 countries compete, Türkiye rose 10 steps to 41st place and reached the best ranking in its history. In the 2021 report announced by the World Intellectual Property Organization (WIPO), the Switzerland-based expert agency of the United Nations (UN); Türkiye re-entered the top 50 leagues with a 10-digit leap in the index this year, becoming the country with the largest increase among these countries. Among the 132 countries included in the index, Türkiye ranked 2nd among the countries that made the biggest leap.

Turkish Exporters Assembly (TİM) carried out its 28th Ordinary General Assembly and the "2020 Export Champions Award Ceremony" with the participation of President Recep Tayyip Erdoğan. The awards were presented to the top 10 companies that exported the most in Türkiye last year, by President Erdoğan. At the board, TİM also promoted the "Top 1000 Exporters of Türkiye 2020 Prestige Book" and shared the results of the research. According to this, the total export of the companies in the top 1000 were 92.6 billion dollars, and their share in total export was 54.6 percent. 78.9 percent of the top 1000 companies consisted of domestic companies. These companies accounted for 59.3 percent of the total export of the top 1000 companies. 57.5% of the top 1000 companies were in located the Marmara region. The province with the highest number of companies on the list in 2020 was Istanbul with 426. Automotive Industry accounted for 23.8 percent of the total export in the Top 1000 exporters list on a sector basis, Chemicals and Products for 10.7 percent, Steel for 10.5 percent, Ready-to-Wear and Apparels for 9.4 percent, and Electric-Electronics sectors for 8,4 percent. The top 1,000 exporters created a total of nearly 1 million jobs.

Monthly and last-12-month figures are calculated according to the general trading system.
Weekly export figures do not include exports exempt from Exporters' Associations, warehouses and free zone exports.

Be aware of recent developments and announcements related to Turkish Exporters Assembly and export in general
Türkiye Rising With National Industry Türkiye has strengthened the spirit of national unity and accelerate their domestic technology investments by eliminating the attempted coup of Fethullah Terrorist Organization (FETO) four years ago. Türkiye has succeeded in reducing its foreign dependency in many fields, especially in the defense industry, has also increased the exports of value added national technologies. Türkiye, demonstrated a successful crisis management during the pandemic also gave the message of being reliable supplier country. Third Largest Superyacht Builder in the World Türkiye, being one of the top three superyacht manufacturers of the world, continue to make a mark of itself with the superyachts it launches. Innovation awarded Sirena 88 has become an example of blending a century of experience and innovation. Dream Symphony is indicated to be the world's largest sailboat with 140 meters when completed and will be Türkiye's new “Falcon”. Hot Springs; Historical and Natural Richness Hot springs have been used as a source of healing since the early days of humanity, with even modern-day doctors prescribing patients to bathe in the sulfur-rich waters to help various health issues.
Read More

Türkiye is a Safe Haven

Türkiye has once again demonstrated that it is a safe haven. Global companies set their eyes to Türkiye once again.
İsmail GÜLLE / Chairman
Read More

The year 2019 was not a bright year for global economy and trade as you all know. It is forecasted that 2020 will not be nothing less than the previous year. International credit rating agencies have revised their forecasts downwards.
İsmail GÜLLE / Chairman
Read More

Export family that carries our industry on its back, never comes to the fore with problems and excuses but with solutions and records… LET 2020 BE THE YEAR OF TİM, THE YEAR OF YOU
İsmail Gülle / Chairman
Read More

We are working hard to grow out more designers from this land. We aim to transform the next Design Week into a valuable global design brand by bringing together all stakeholders of the design ecosystem.
İsmail Gülle / Chairman
Read More

We Returned From This Journey of Heart With Pride

Turkey has a lot more power than it is paid credit for. As a representative of Turkey's import family, we've taken action to use our force on behalf of our government and people. With the slogan of “Our troops are the backbone of our unity” we've dispatched our support team.
İsmail Gülle / Chairman
Read More

At TEKNOFEST, We Were Nourished by the Energy of Youth; WE GAVE THE MESSAGE OF INNOVATION TO THE FUTURE

At TEKNOFEST, We Were Nourished by the Energy of Youth; WE GAVE THE MESSAGE OF INNOVATION TO THE FUTURE
İsmail Gülle / Chairman
Read More

Despite The Waves Our Course Will Not Change

Moving our export target, which was 182 billion dollars at the end of this year, to 230 billion dollars in 2023, is our critical priority. Also, for 2030, we will continue to run for $ 400 billion.
İsmail Gülle / Chairman
Read More